A record breaking season on the Varzuga 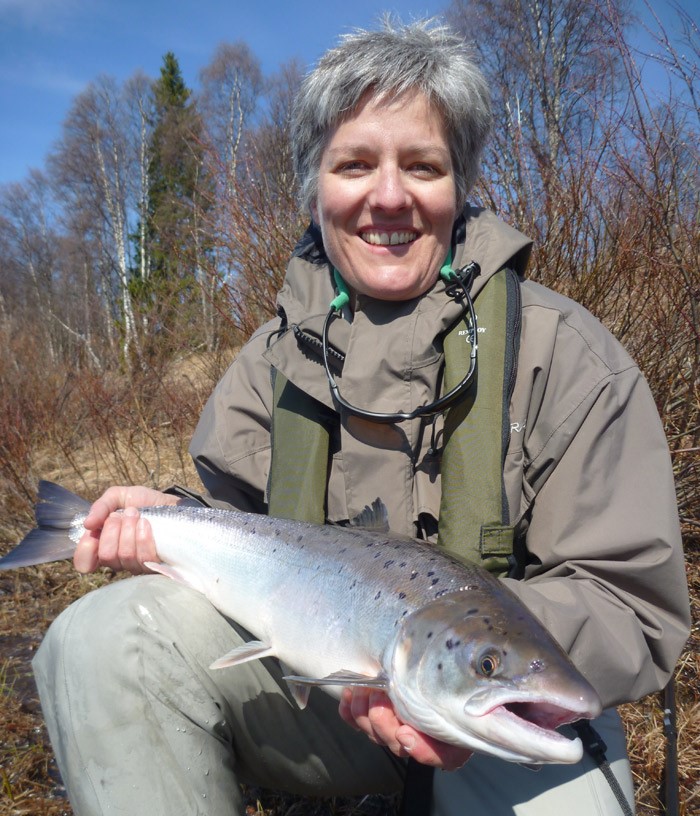 The 2012 season on the Varzuga will go down as one of the very best in the 21 years that we have been running the programme. It did not start as hoped, however. Our main aim is to have rods on the river about 5-7 days after the ice has broken and while this year the ice break was 4-5 days later than hoped, the portents were good as our first clients flew into Murmansk. The 8 rods at Middle Varzuga landed 329 salmon for their week with the latter half of the week fishing better than the first. Unfortunately at Lower Varzuga, the rods suffered from an unusually quick melt of the snow which coloured up the water and the fishing was exceptionally difficult.

It was decided to refund these rods their entire fishing package – it is our guarantee that if we have to cancel the first week (which would normally be due to the river breaking exceptionally late) then clients will get their money back. It seemed fair as even though the river was essentially clear of ice, the conditions had made the Lower camp unfishable for four days. Despite the costs involved, we would do the same again – our commitment to this fishery and to our clients is not one we take lightly.
From that moment on, the season was a stellar success. Every Atlantic Salmon record that has ever been set, was broken. One client landed 67 salmon in a day, two separate teams of 12 rods landed over 1,300 fish in their week, 8 out of 12 rods in one camp landed 100 salmon or more to their own rod for a week and there were endless personal bests. The bare statistics make for extraordinary reading. In our short 6 week season (limited to the very best weeks only), our clients landed over 8,500 salmon, giving the seasonal average of over 50 fish per rod per week – these are numbers of salmon that are simply not found on any other river in the world.
In reality, 99% of their clients remember the numbers as being about the 6th most important part of their trip. Fun, hope, expectation, time spent with friends in extraordinarily wild and beautiful surroundings are what really stand out. Combine that with the chance to really practise salmon fishing as opposed to having a ‘casting holiday’ and it is easy to understand why the Varzuga is such an alluring prospect.
To view the news of the season via the Varzuga blog, please go to www.varzuga.com.