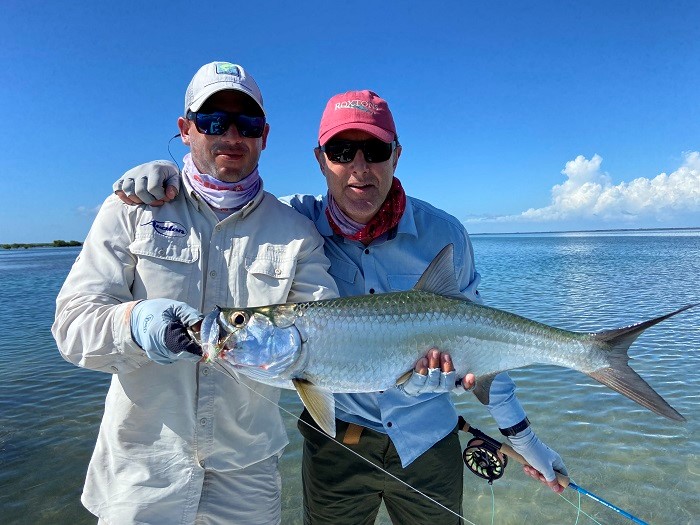 It has been 12 years since I was last in Cuba and on the last visit I had to stay an extra week because the Icelandic volcano Eyjafjallajokul erupted and air traffic seemed to stop. Tough life I hear you say! This was my first visit to the Jardines de la Reina and fortunately on this hosted trip everything went incredible smoothly. Most of the team spent a couple of nights in Havana at the beginning and stayed at the Iberostar Parque Central which is situated in the middle of Old Havana so everything is within easy walking distance. The concierge at the hotel were particularly helpful in recommending bars and restaurants to visit and also in arranging tours of the city with guides or driving around in the old cars which is a staple of Havana. To get to the Jardines de la Reina you travel a little more than six hours overland to Jucaro Port with a couple of pit stops on the way. It was said to me on more than one occasion that seeing how Cubans live and travel is a salutary reminder of how lucky we are. On arrival in Jucaro we boarded Avalon Fleet II and were shown to our rooms. All ten of us had a single room with our own bathroom and shower. We then cruised a further six hours to the Jardines de la Reina and on the way we set up rods and got all our fishing kit sorted in readiness for the following day. The team were ready for action on the Sunday and most were heading out in their skiffs shortly after 7am. A few of us met up for a picnic lunch under the mangroves and compared notes on what had been happening that morning. We had four first bonefish on day one! Many fished from the skiff on the first day but as we all got into the groove, it was entirely possible to wade if you asked your guide. There is no doubt that communicating with your guide as to your preference for bonefish or tarpon or wading versus fishing from the skiff meant that they would definitely accommodate you.

There are acres of turtle grass and shallow water so catching bonefish is an incredibly visible style of fishing. You can see the bones follow the fly and when the guide says strike, then a quick strip strike sets the hook and you are in. The guides ability to spot fish hundreds of metres away is extraordinary. Mornings tended to be windy for our week and then the wind died around lunchtime. Even us fishers could then see the tailing bonefish or witness them cruising across the turtle grass!

Most of us did not have a clue which direction we were facing or indeed where our boat was moored but the guides know this maze of islands and mangroves intimately and many have their secret spots for baby tarpon in the mangroves. Those of us that wanted to look for tarpon found them either cruising in channels or ducking in and out of the mangroves. Again, it is very visible fishing with the tarpon easily seen following your fly and often at very close quarters. Long slow strips seemed to be the advice and you need to be firm and dig the hook in to their hard mouths to ensure the hook stays in. Tarpon are absurdly acrobatic and jump soon after you are hooked up and then continue jumping as you play them. Twice in the week we had a double hook up!

The Jardines de la Reina really is in the middle nowhere and is 2,170 square kilometres in size. It is a mass of small mangrove islands with absolutely no human habitation. There is no mobile signal, no wi-fi and you are fully alone with nature. One of the surprising things for me was the incredible birdlife to be seen. We saw dozens of ospreys each day, frigatebirds, peregrines and numerous egrets and herons. It has been a marine reserve since 1996 so the abundance of fish available for these birds says it all. Fishing came to a close at about 4pm and on boarding Fleet II the team were soon being handed cocktails on deck. Drinks are all included in the price by the way. There was a wonderful tranquillity watching the incredible sunsets each evening while enjoying probably not the first mojito. Dinner was an array of meat, fish and lobster to choose from and without exception guests were incredibly complimentary about the chef and team that looked after us all. All in all, it was a team of kindred spirits all coming to Cuba for the same reason and there was never one quiet moment on the boat with plenty of chatter after dinner and always one last cocktail before heading to our cabins. I think it says it all, that on our last night in Havana everyone wanted to head out for one last dinner together as a final farewell.

I will be hosting 18-25 November 2023 in another area in Cuba next year. Please email Henry.Mountain@roxtons.com if you would like details.