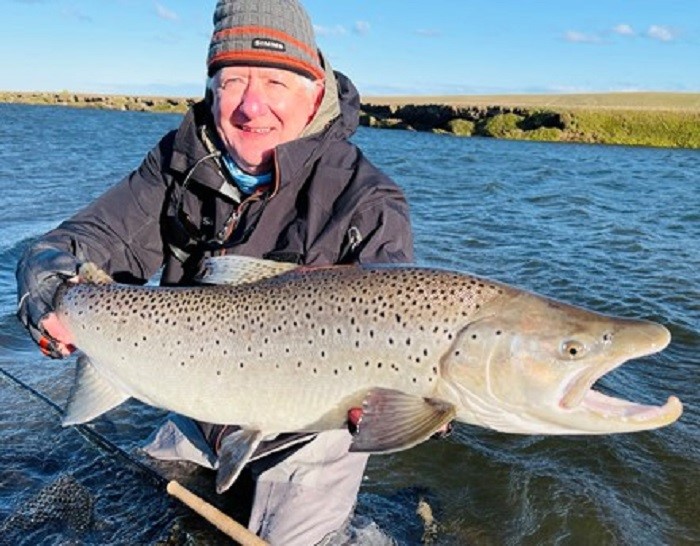 52 sea trout were landed to just six rods in the first week of the La Villa Maria Behety season. The fishing was slow for the first few days but picked up for the latter part of the week. 9 were over the 15lb mark with 1 over the magic 20lbs and this specimen was caught on the last cast of the week! The sea trout averaged 8lbs.

The water was low with good visibility and water temperatures varied between 6C to 13C. Floating lines worked well in the low water conditions with Sunrays and Monkeys proving effective in the last hour as it was getting dark.

We much look forward to seeing what the rest of the season brings as we enter the prime weeks.