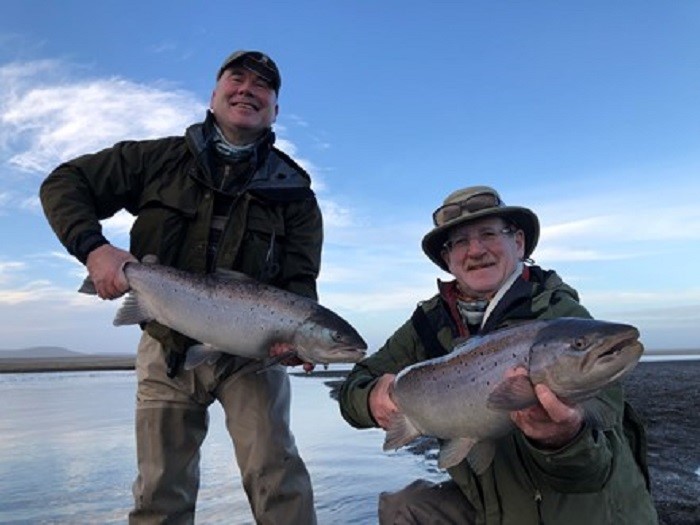 Week 12 proved to be an incredible week with 162 seatrout landed, making an average catch of 23 fish per rod. 17 were over the 15lb mark. The middle and upper parts of the river produced the most in this week.

Following on from a significant rise of water, the first part of the week was best suited to sinking lines and big flies. The river began to clear for the latter part of the week and floating lines and tube flies proved very effective. Water temperatures varied from 3C-11C and the air temperature ranged from 2C-14C. The best flies were Intruders, Leeches and large tube flies.