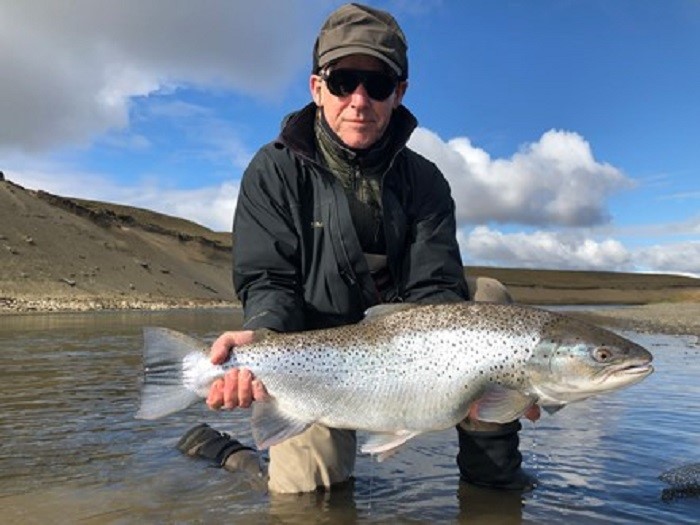 Well it was another great week at La Villa Maria Behety for our team of Roxtons clients with three of the six rods catching more than 30 seatrout each. The final tally was 130 for the week with an average weight of 9lbs. 20 were over the 15lb mark and there were 2 over 20lbs with the largest weighing in at 24lbs.

The weather was settled for the majority of the week but on two days the wind reached 100kph. Again floating or intermediate lines with short fast stripping and small flies worked best. The killer flies seem to be small salmon flies in sizes 8-10, nymphs (red tail, EMB and prince) and also Sunray Shadows, Monkeys as well as micro tubes.