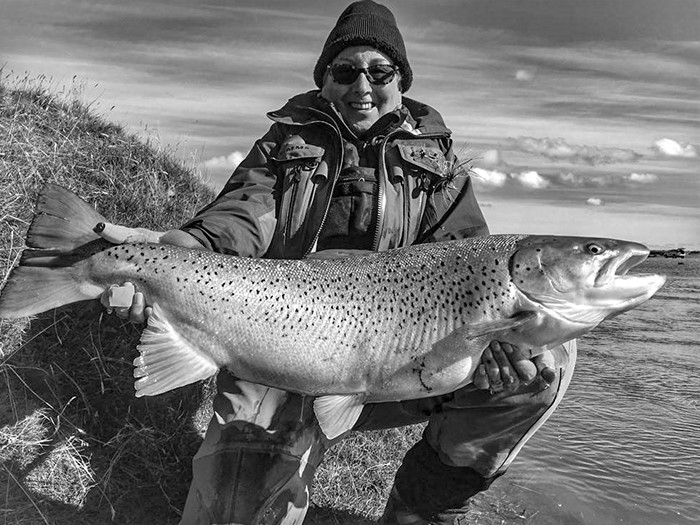 Another great week on the Rio Grande has ended. Fishing was jolly good with an amazing number of bigger fish landed.  At Maria Behety Lodge a mixed team from the United States, United kingdom and Denmark caught 165 fish with 54 over 15 pounds and a staggering 9 over 20 pounds. At La Villa de Maria Behety the 6 rods caught 82 fish with 25 over 15 pounds and 4 over 20 pounds. The upper river is getting better but most of the fish are in the middle river. Small flies were the order of the week with EMB, Red Butt and bead nymphs as well as tube flies and intruders. Fast water prince was also popular. As soon as the water coloured bigger flies like Intruders and leeches were the norm with large tubes also doing the job. Scandi heads are more and more the norm with a few people fishing Skagits with T-11 tips. But with low water scandi heads with poly leaders are offering the best presentation. Leaders have been anywhere between 4 and 15 feet and mainly 10-15 pounds.

Notable catches include Anna Lena D with a 22 pounder. Quite a few fish were taken last week on the sunray shadow.