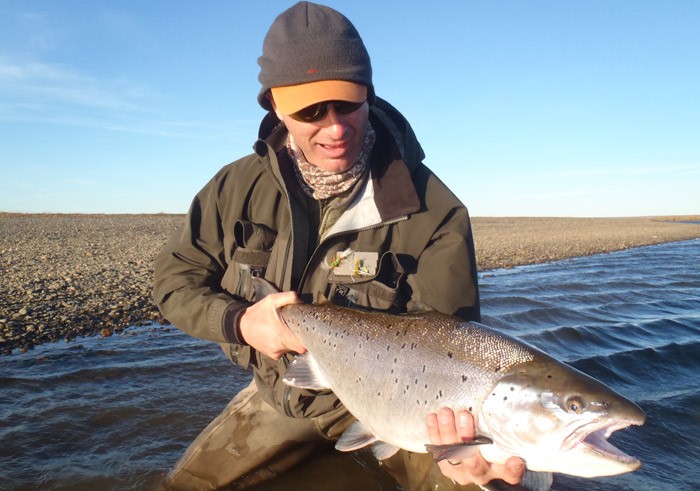 This week has been deemed the best of the season so far,  in terms of quality of the fish...

At La Villa Maria Behety, the average weight of fish caught was 9.8lbs. Malcolm K was the top rod for the week, landing a total of 23 fish. 26 of the fish caught by the six rods in the lodge were over 15lbs and two were over 20lbs.

At Estancia Maria Behety, the average weight of sea trout landed was 9.7lbs with 20 fish over 15lbs and 8 of them over the 20lb mark. The largest were two monster 24lbers. Our congratulations go to Andy B who was joint top rod for the week with an impressive 21 fish landed. There is still some availability left for this season. If you would like further information, please contact Charlie White or Hannah Treliving on 01488 689 701.