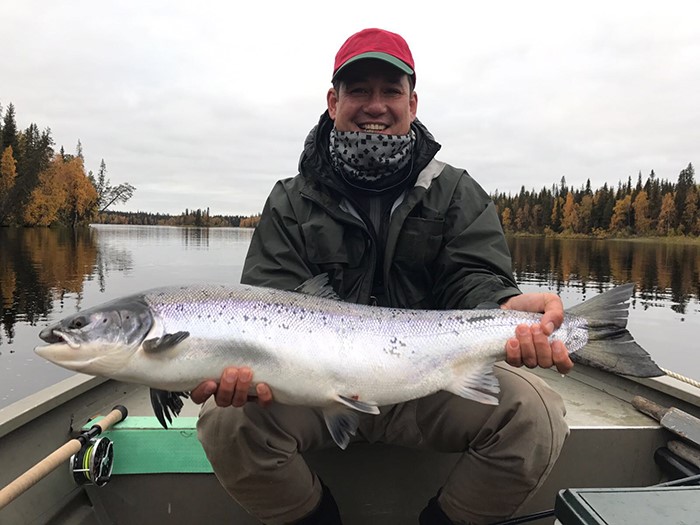 The team of 7 rods I said farewell to last Monday morning had a mixed time for the rest of the week. The river continued to drop out slowly meaning the fish were spread out far wider than is the norm for this time of year. They did catch a few more fresh fish including Eskild with a cracking 20lbs fish.

The team landed 24 fish for the week with other notable catches from David  and Heinz. Quite a few of the fresh fish were caught in the lower river but the odd one in Krivets.

The new week has begun well with Erik C landing 6 to his own rod. I wont speculate on how the week will play out but with continued dropping river and mild and steady weather I'd like hope things will continue well.