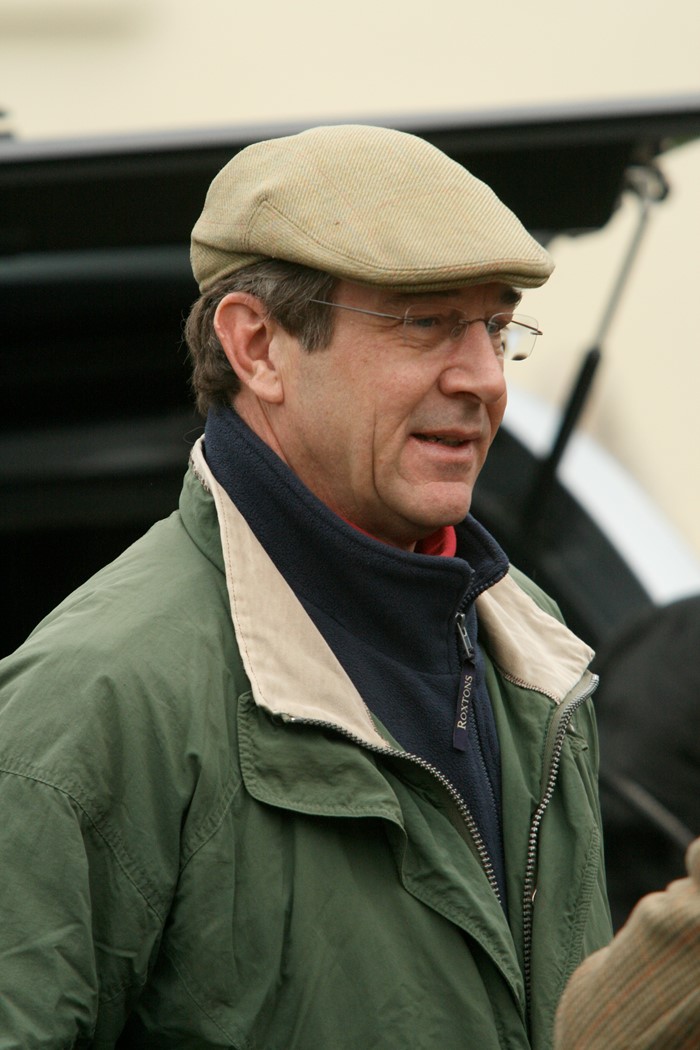 Christopher was known to his mates as “Bubbles” (due to having to grow his hair longer whilst in the army and working undercover in Ireland - his hair went all curly and looked like the picture of the baby on the Pears soap advert known as Bubbles). Having left the army, Christopher joined the London based estate agents Egertons, and set up a sporting department that as well as letting shooting in his native area of Devon, focused primarily on more outward bound destinations, such as shooting in Hungary and fishing in Norway. These were Christopher’s “safaris” – he would pack his land rover full of essential provisions and spend weeks or sometimes (particularly in Norway) months entertaining his guests in the pursuit of sporting excellence and sybaritic indulgence, but usually well off the beaten track. He was a passionate sportsman and such was his enthusiasm for these trips, that in January 1991, with his then wife he set up Bailey Robinson – a company that specialized in fishing, shooting and safari holidays, many of which were hosted by him.

Christopher’s love of fieldsports was matched by a love of the wild, and in June 1991, he hosted an exploratory fishing trip to Russia’s Kola Peninsula – an area unvisited by westerners for almost 100 years. To his surprise, and that of his soon to be business partner, George Stephenson, who was also hosting what he similarly thought was “the first” exploratory trip to the Kola, they met whilst refueling helicopters on a military base (Kirovsk) in the middle of nowhere. To cries of “My God that’s Stuffy – and that’s James” the two groups appeared to know each other and introduced their respective guides Christopher and George, who, in spite of having noses out of joint, agreed to get together and debrief when they returned to England. Needless to say, both Christopher and George were enamored by their wilderness fishing experiences in Russia, and after a lunch meeting also attended by several other interested parties, they alone set up a company, Kola Salmon, to manage fishing trips to Russia’s Kola Peninsula. It went from strength to strength, and soon the international fishing fraternity realized that Russia was perhaps the greatest, certainly the most prolific, Atlantic salmon fishery in the world, and one that every salmon fisherman had on his/her wish list.

At the time they shared an office in Fulham (London), with Bailey Robinson, Kola Salmon and George’s Tippett’s Safaris all based from Christopher’s house. However, the lure of the countryside was soon too much and they decided to decamp to Wiltshire, where Christopher had just bought a family home, with shooting, at Henley, near Hungerford. Many a happy weekend, with family and close friends, saw Christopher enthusiastically engage in military grade manoeuvres, often of great complexity, in an attempt to lure the odd wily pheasant and partridge to the dinner table. The enthusiasm, as ever, was infectious – even if the “foot soldiers”, as invariably happened, failed to follow orders! The post shoot debrief, a banquet of note, will long be remembered by all involved – happy winter days.

By coincidence at that time, a sporting agency, called Roxton’s Sporting, set up by Christopher Orssich and Mark Firth was based in Hungerford and specialized in letting shooting. They were keen to expand their sporting offering, but kept coming up against Kola Salmon, Bailey Robinson and Tippett’s Safaris when they tried to offer their clients alternative sporting trips. A merger soon followed – Roxton Bailey Robinson – and on 1st February 1994 they all shared an office at 25 High St, Hungerford, and adopted the “three legged stool” (Shooting, Fishing, Travel) principle that became their mantra going forwards – at any time, one leg might struggle, but the others could support the business. From three directors and one secretary, the business grew to 75 employees by 2019!

For Christopher, whilst shooting and safaris were keenly enjoyed, his passion was fishing. Some people said he thought like a fish! In Russia alone he was responsible for developing 5 camps on the Varzuga River, 5 outlying river wilderness programmes, camps on the Kharlovka, Rynda and Varzina north coast rivers – and all with the full support of the local Russian authorities, with whom he had a great rapport. Initially with Rory Pilkington and latterly Charlie White he developed a salmon fishing programme that, over the years, has given many fishermen and women an experience of a lifetime, and the opportunity for beginners, or seasoned fishers, to enact and live their dreams. It also became one of the largest and most important products on the company books.

But Russia was only one destination! Christopher set up and oversaw fishing programmes in Norway, Iceland, South America and the Caribbean, to name but a few, and without mentioning those closer to home in the UK, of which there were many. Of the highlights, Cuba was one of his special achievements – and I quote from Mark Firth –

“Later that year (1994), having secured an introduction to a slightly shady ex pat living in Cuba (who happened to be Alastair Maclean’s ghost writer) Christopher and I found ourselves in Havana about to set out on a (in retrospect) slightly bonkers trip with ‘official approval’.

Having secured the services of the Commandante’s private plane (for healthy amounts of cash as I recall), we flew low over the islands and back to a local airstrip before boarding a concrete fishing boat to cross the 35 miles between the mainland and the archipelago.

To describe the boat as basic would be kind. Buffeted by large waves, we sheltered behind an island halfway there. This interlude gave us the chance to get to know the crew, work out which was the local Stasi member (blindingly obvious as I recall) and slow down our own pace.

The next morning saw us being punted along a weedy flat, the first we had found at our destination, finding shoal after shoal after shoal of seemingly innocent bones. Our excitement at finding a fishing Mecca, unavailable to rival American operators, was infectiously palpable.

At one juncture, the Stasi man, who insisted on manning the seagull engine attached to the dinghy, despite having never been to sea before, endeavoured to get us utterly lost in the gloaming, only finding our well hidden mother ship by total fluke. But, at the end of the day, we spent a time in an utterly beautiful pristine wilderness with a marine radio the only contact with the outside world.

In those circumstances, you get to know someone fairly well, and I look back on that trip as one of the happiest I spent with him.

In later years, we helped to develop this extraordinary place with the help of Italian partners (Pepe, Filippo and Franco) and played our part in ensuring its status as the first ever National Marine Park in Cuba. In many ways, it’s still similar to the place we first discovered, and better preserved. When I need to cleanse and refresh my spirit, that’s where I head – and have done so about 20 times now since my first trip with Christopher. On my return, I’ll light a stogie and raise a mojito to him.” (Mark Firth)

Meanwhile the business grew and with Mark retiring from the business, and George opting to be non-executive, Christopher took the helm. After the proposed merger with Frontiers (largest US sporting Agency) fell apart in 2001, with the bombing of the twin towers, and the global financial crisis in 2008 caused recession worldwide, RBR was looking to acquisition for growth. In 2011 they bought a London based holiday company, Real Holidays to boost the travel leg; in 2015 they bought The Flyfisher Group, to boost the fishing leg; and in 2016 they merged with Ian Coley Sporting to boost the shoot leg. The RBR Group was now well established as one of the market leaders in worldwide holiday companies, a hugely successful business, with a loyal client list and a reputation for quality product – sporting or otherwise.

Very sadly, Christopher was diagnosed with cancer in 2020, and began to take more of a back seat in the day to day running of the business, albeit contributing significantly at Board level and helping his wife, Tiffie, with sales and marketing of the Wiltshire Liqueur Company. Originally set up by RBR to produce and sell “Roxtons Sloe Gin”, the Wiltshire Liqueur Company expanded its brands and is now found on many a shoot cocktail bar.

Christopher was first and foremost a people person, in a business that was people orientated. The army officer who used his skills developed in the military, to build a business based around doing the things he loved best! How many people have been able to say, let alone achieve that? All of the RBR senior management team today were employed by Christopher, they share his vision for fieldsports and travel – have rod/gun, will travel! He touched everyone with his enthusiasm, the “Bubbles” that led by example, a pioneer, humble yet prepared to challenge! And ultimately Christopher was a countryman and a fishing fanatic, a passionate enthusiast, who whilst creating opportunities for so many others to enjoy the sport he loved, also dreamt right up to his dying days of catching the 40lb Atlantic salmon that sadly eluded him.

Our thoughts go out to his family and particularly his wife Tiffie and his three sons, Edward, Jeremy and William.

Farewell my friend – it was an honour knowing you and sharing all that we did.