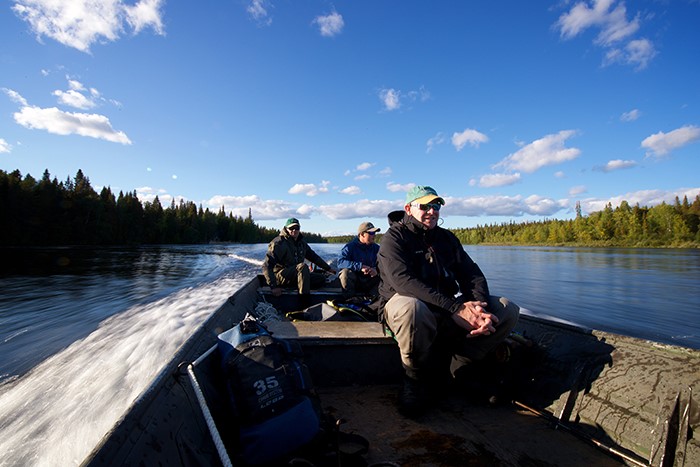 Stop Press! 6 fish landed on the Umba today and all Atlantics too.

My apologies for such a delayed report - we have had major issues with our servers which is why some of you may also have had delays in replies to emails you have sent to us.

The news from the Umba is pretty much the same as all of Russia in 2017.  Huge water, tough conditions and not as many fish as we would have hoped.

The first week saw water levels 3 metres above any form of "normal" and it was simply too big to get anywhere near Krivetz.  7 fish were landed for the group with a lovely 18lbs fresh fish being the pick.

The second week again saw massive water and our intrepid Irish friends struggled.  Just 4 fish were landed but Bill Drury reports that the whole group had fantastic fun and were wonderful to host in the lodge. One extraordinary feature of the season so far has been  the huge run of pink salmon that were found all over the river.  These fish were originally seeded here by Stalin as an alternative food source so it is not unusual to see some run the river but after 5 years of seeing none of them, to suddenly see thousands was something we would not have predicted.

The locals are adamant that whilst the pinks don't stop the Atlantics' running the river, compete with their food source or interbreed, they do stop the Atlantics' resting in pools where the pinks are dying.  The one good thing about the high water is that this should help flush ou the dying and decaying pink salmon and allow the fish we are looking for to stop in greater numbers.

The water levels are finally dropping and the pinks are dying so we hope that things will pick up soon.